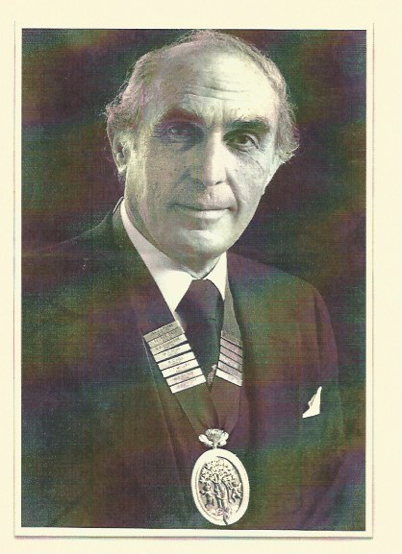 It is with great sadness that we record the death of Mr Martin Singer on 5 July this year. Mr Singer was an integral part of Maitland Cottage Home from 1956 when he started as an honorary orthopaedic surgeon, he was instrumental in the design and commissioning of the current operating theatre and served as honorary medical superintendent until 31 October 2014, a 58 year partnership. Mr Singer made an extremely significant contribution to Maitland Cottage Hospital and UCT. Mr Singer will be missed by all who knew him.

Mr Martin Singer made a significant contribution to UCT Orthopaedic Department and South African Orthopaedics for a period of almost 60 years, from the time he started in private practice in 1956 in Cape Town until his death in July this year.
At Maitland Cottage he treated mainly children with bone and joint tuberculosis and children recovering from polio.  He always had an interest in club feet and took over the club foot clinic from Ginger Keen.He worked at MCH from 1956 until he was succeeded by Prof Teddy Hoffman in 1987, i.e., 31 years.  He continued to visit the hospital weekly until his death.  Pure dedication to a place that was so very dear to him.

Although he retired in 1986, he still remained actively involved with MCH as superintendent. He was actively involved at MCH for 58 years. Mr Singer was academically involved in 35 peer review publications.  He enthusiastically encouraged all Registrars and nothing made him more happy and proud than when a paper was published or presented coming from MCH or the Hand Unit in which he was so involved. He left a legacy that is MCH.